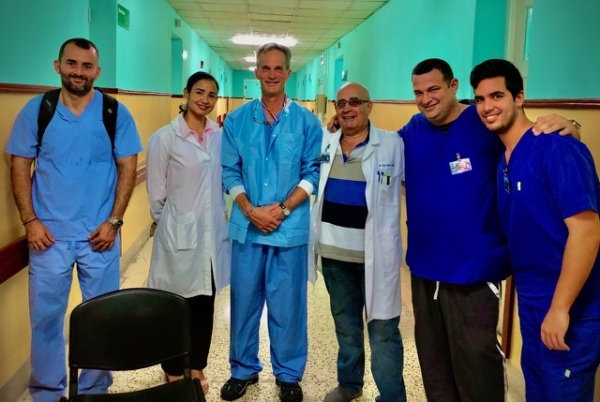 The Spokane Team consisted of:

Dr. Reichard, Dr. Keeve, and David Baca have participated in many medical missions in developing countries, war-torn areas, and natural disaster areas around the globe, but the providers noted several differences in this trip.

“I have been on more than a dozen medical volunteer trips spanning the last 21 years. Operation Walk was a much larger scale with an enormous and immediate impact on patients than my previous experiences. We had the infrastructure to treat more patients with complex procedures than I had done in the past.” Dr. Jonathan Keeve

“I found our trip to Cuba even more rewarding than my previous trip to Panama in 2018. Having more physicians and other staff on this trip allowed me to spend more quality time getting to know my patients before and after surgery.… By having more time to develop relationships, I am inspired to return to Cuba and try to help fill the needs of their orthopedic community.” Dr. Kirk Reichard

Cuba’s international reputation for healthcare reflects a large number of in-country health professionals and medical training. However, limited technology and meager resources prevent these talented doctors from adequately treating their patients. David Baca noted, “Cuba is clearly frozen in the past.”

“I found it particularly interesting how much the quality of life, health care and prosperity could change in a mere 90 miles from the US.” David Baca, PA

Private hospitals do not exist in Cuba. The national health system assumes responsibility for every citizen’s healthcare. Traveling to another country for joint replacement surgery is not an option. The average Cuban physician makes only $30 per month, forcing many to work side jobs so they can afford necessities. Those needing a joint replacement must live life in pain from arthritis and other debilitating musculoskeletal problems which limit their ability to provide for their families. 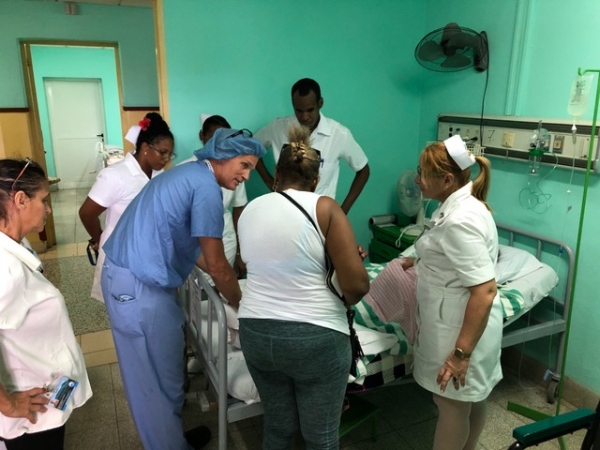 The trip required months of planning and logistics. The team brought all equipment, medications, implants, and surgical supplies. Over fifty individuals donated their time to be part of the one-week mission where the team completed fifty-six total hip and knee replacements for Cuban citizens. Upon arrival, the team was welcomed in the lobby by over eighty patients and their families.

After unpacking and organizing equipment, the team began screening patients. Unlike the process in the United States, the whole team (comprised of an anesthesiologist, an internal medicine physician, nurse, physician’s assistant, and a surgeon) met the patient and assessed whether
they were a reasonable candidate for surgery. 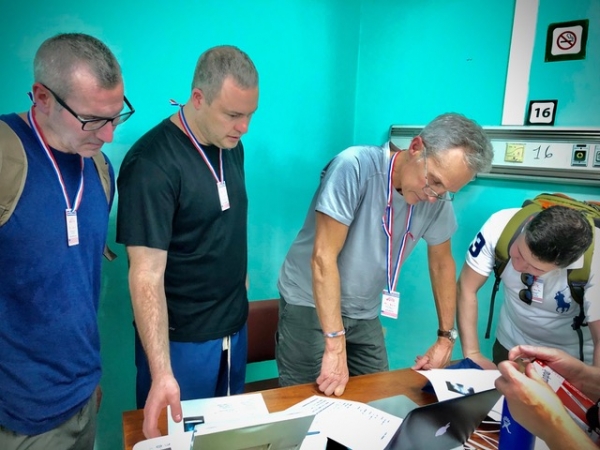 “Emotionally, it is very difficult to deny someone care because we just did not have the equipment we needed.” Dr. Jonathan Keeve

“This was my first medical volunteer trip, and traveling with my coworkers to Cuba was an amazing experience. Operation Walk was such a wonderful group to partner with and I met so many amazing and gifted people on this journey. The most exciting part of this trip was to see how eager both the patients and their families were in wanting to assist in the success of their total joint replacements. The people of Cuba were both kind and generous and made this trip a life changing experience.” Sarah Miller

While the facility was easy to navigate, the team faced additional challenges such as language barriers and limited equipment. Completing even one surgery could be accomplished only with extraordinary teamwork. Testing and pre-op, usually a months-long process in the United States, was condensed down to just hours in Cuba. Surgeons often relied on educated decisions because diagnostic tools such as imaging were only available on the patient’s mobile phone, and others, such as labs, EKGs, and x-rays were sometimes difficult to obtain.

Stories of Hope
Dr. Reichard noted a memorable patient, “a young man had avascular necrosis in both of his hips, which is a loss of blood supply to the femoral head. We replaced both of his hips and the following day he was walking the halls with crutches and calmly talking with some news reporters about his experience. Bilateral hip and knee replacements are often utilized during these Operation Walk mission trips, as it is not always certain when the patient’s next opportunity to be helped will occur. Obviously, this is only an option for patients who have bilateral pathology, but we utilized this option more in Cuba than we typically do in the United States.” 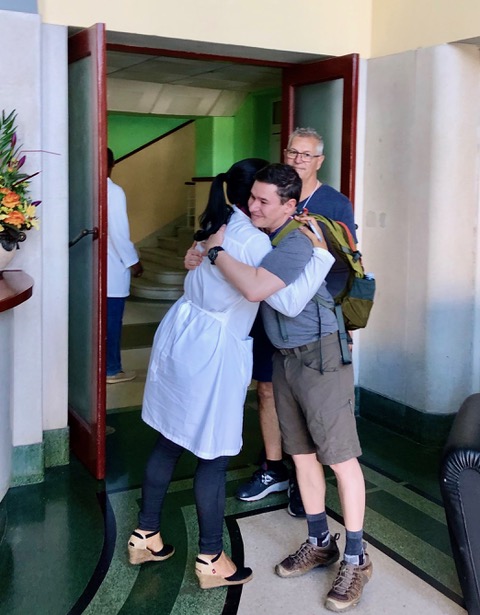 Dr. Keeve described one patient who gained mobility through surgery, “one woman had spent much of the last five years in a wheelchair. She was able to walk out of the hospital after bilateral knee replacements. She was grateful beyond all measure.”

David Baca recalled meeting a gentleman with an arthritic hip on the first day of screening. Despite the chaotic environment, David and the gentleman found a place to sit and talk. After the gentleman’s successful surgery, David was touched that he remembered David’s name and was even more pleased to see the patient up and around. Prior to leaving the hospital on the same day of the surgery, the patient was so grateful that he hugged David. 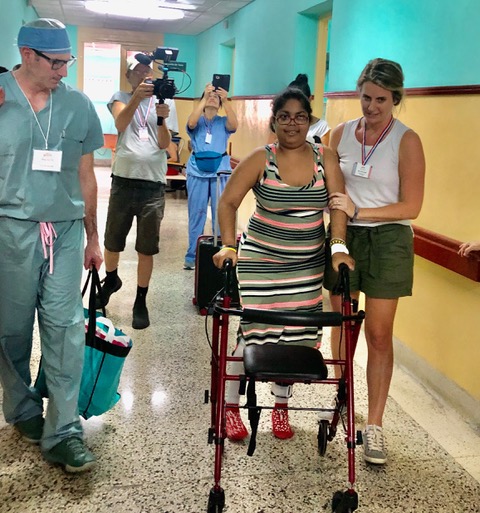 These are just a few of the dozens of stories that touch our hearts. All the providers look forward to participating in future medical missions, especially returning to Cuba as they built professional relationships with the Cuban healthcare team. 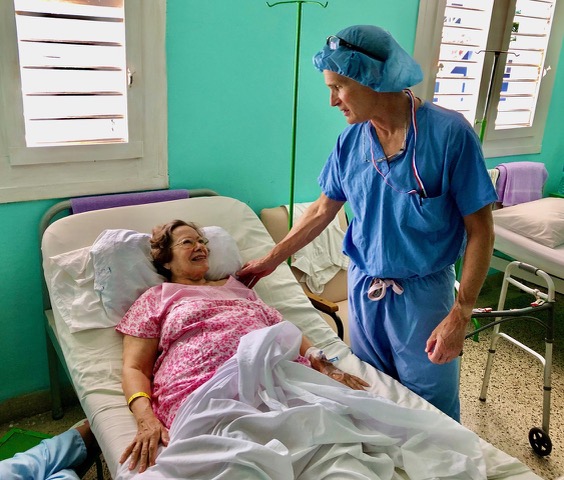